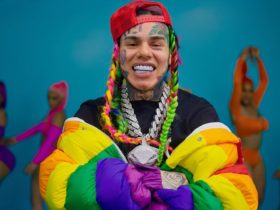 The streaming platform, Netflix has unveiled the release dates for Season 4 of the supernatural thriller series Stranger Things. Check out the trailer below.

The new season will be divided into two parts: Volume 1 will be out on May 27; Volume 2 starts streaming on July 1.

Creators and executive producers of Stranger Things, The Duffer Brothers shared a letter about the new season of Stranger Things. “With nine scripts, over eight hundred pages, almost two years of filming, thousands of visual effects shots, and a runtime nearly twice the length of any previous seasons, Stranger Things 4 was the most challenging season yet,” Matt and Ross Duffer explained.

In September 2019, The fourth season of Stranger Things was first announced, with a preview following in February 2020. The show’s third season premiered in July 2019.