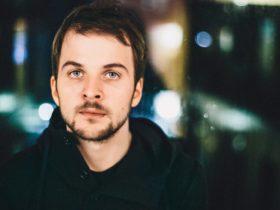 CEO of SpaceX, and Tesla, Elon Musk’s Neuralink chip will let users stream music directly into their brain. – Check out the post below.

One of the twitter users replied to Elon’s tweet, “If we implement neural link – can we listen to music directly from our chips? Great feature.” Then, Elon musk replied to him, “Yes.”

Neuralink chip could help cure problems like depression and addiction, the company is now working on an interface that will allow the wearers to stream music directly to the brain. The feature was confirmed by Musk on July 19.

Elon also said that “This would solve a lot of brain/spine injuries & is ultimately essential for AI symbiosis,” and “Solving high-volume, high-reliability, low-cost production problems is especially valued”

According to Musk, Neuralink chip would also be able to control hormone levels and help with anxiety relief and some other mental issues. The technology has carried out trials on animals, while human trials were scheduled to be held this year. The details are yet to be made public.

Neuralink was founded in 2016 and since then the company has only held one public presentation about how the technology will work.

In 2019, Musk had said that Neuralink was developing a “sewing machine-like” device that would provide a direct connection between a computer and a chip inserted inside the brain.