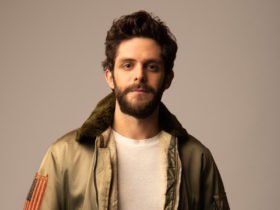 Excision announced the news via Instagram and wrote that ‘@illenium and I are at It again! New one w/ @haliene, swipe for a preview!’

The track will marks the third single to be released by ILLENIUM and Excision together. The two bass music edm stars collaborated in July 2018 on the track “Gold (Stupid Love)” then before this, they both teaming up again in the spring of 2020 for “Feel Something.”

Last week, Excision hinted the collaboration, sliding in the reply section of an ILLENIUM album announcement tweet with a cryptic comment that was tantamount to torture for bass music fans.

Meanwhile, recently, Excision joined forces with dubstep DJ, Subtronics for the latest single, ‘Bunker Buster.’ The track, ‘Bunker Buster’ has heavy bass and devilish wubs, it recalls all the most important elements of each producer’s repertoire.

On the other hand, In March 2021, Illenium teamed up with Iann Dior for the latest single, ‘First Time.’ He previously released 3 tracks from the album including, “Hearts on Fire,” Paper Thin,” and “Nightlight.” They all are grouped together for Illenium’s next chapter.