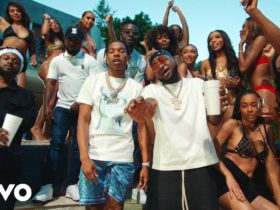 American singer & songwriter, Finneas has released his first single, “A Concert Six Months From Now.” Listen to the full song below.

The single will appear on his debut album, “Optimist,” which will be released on October 15 via Interscope. Pre-save the full album by clicking here.

Finneas has shared the album news via Instagram with the caption, “‘Optimist’, my debut album will be available everywhere on October 15. The first track “A Concert Six Months From Now” is out now along with the official video ♥️ hope you enjoy it, I can’t wait for you to hear the whole record”

“If I could see the future / I never would believe her / Falling in and out of love and falling in again / We were never any good at being friends,” he sings in its chorus.