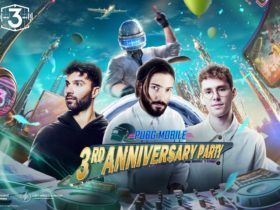 American rapper and songwriter, Fivio Foreign has teamed up with The Kid LAROI for the heavy new track, ‘Paris To Tokyo.’ Watch the official music video below.

Earlier last week, Foreign teased the song & also, Howard teased it further in a TikTok of his own yesterday (July 7). The accompanying music video for ‘Paris To Tokyo’, directed by Chris Villa.

That track is expected to appear on Howard’s forthcoming debut album as The Kid LAROI, which is tentatively titled ‘Kids Are Growing Up’ and on track for release later this year.

Fivio Foreign Team Up With The Kid LAROI For Heavy Track, ‘Paris To Tokyo’

Fivio Foreign, Kid LAROI – ‘Paris To Tokyo’ Out Now! Like This Track? Stream & Download The Full Song By Clicking Here.