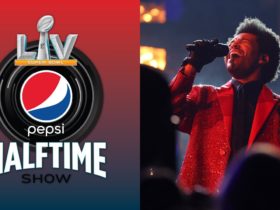 American actor and musician, Johnny Depp has surprisingly released his new song named “The Death And Resurrection Show.” Listen to the full song below.

The new track marks a cover of the titular 2003 song by the English rock band Killing Joke. The track sees Depp reunite with longtime collaborator and guitarist Jeff Beck, and is expected to appear in the pair’s upcoming album, ‘18’.

Meanwhile, the tracklist for ‘18’ will include the duo’s covers of The Beach Boys’ ‘Caroline, No’ and The Velvet Underground’s ‘Venus In Furs’. ‘18’ was recorded over the course of three years, and according to a statement from Beck, owes its title to the pair’s “youthful spirit and creativity”.