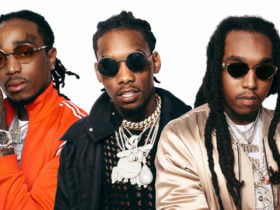 English singer & songwriter, FKA Twigs has teased her new song named “Tears in the Club” featuring The Weeknd. Watch the little teaser below.

The track will be released on Thursday, December 15. It marks the second recent single from FKA twigs, who released “Measure of a Man” with Central Cee in November.

READ MORE – Burna Boy Team Up With Wizkid For New Song “B. d’Or”

She says, “are u ready for capri sun takeover?? us capri babies be so cute and prolific but don’t cross us cause we never ever forget 💕”

Also, recently she shared her upcoming “deep, emotional and honest” mixtape, which has yet to receive a release date and will follow up to her 2019 album ‘Magdalene’.