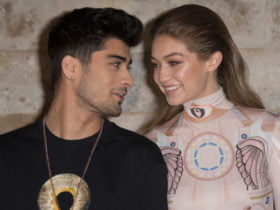 Also, The Go-Go’s, Todd Rundgren, & Carole King in the ‘Performers’ category. It marks the second induction for Dave Grohl (previously with Nirvana), Turner (previously with Ike Turner), and King (previously with Gerry Goffin). Turner and King follow Stevie Nicks as the only women to be inducted multiple times.

You can see a full list of the 2021 inductees below:

Chairman of the awards John Sykes said: “This is our most diverse class in the history of the Rock & Roll Hall of Fame. It really represents Hall’s ongoing commitment to honor the artists that have created not only rock and roll but the sound of youth culture.”

“It’s very difficult to get inducted twice and we have three this year,” Sykes said of the fact that Dave Grohl, Tina Turner and Carole King have all been inducted before. “It’s also a rare year where three of the six inductees are women: Tina, Carole, and the Go-Gos. It just shows the continued power and relevance and recognition of women in music.”