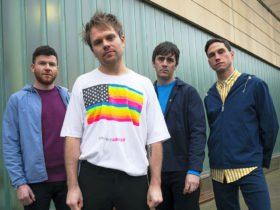 The K-pop Boy band, BTS will be performing ‘Butter’ for the first time at Billboard Music Awards (BMAs) 2021.

They will perform the first-ever performance of ‘Butter’ only two days after its scheduled release on May 21. They shared the news via Twitter and wrote that “We can’t hold it in any longer! Our debut performance of “#BTS_Butter” will be at this year’s @BBMAs! Watch on Sunday, May 23rd at 8 pm ET/5 pm PT on @nbc..”

The track will be released on 21st May, It is BTS’s latest single release of 2021, and it will be a surprise for its fans. It’s not clear that if “Butter” will appear on a BTS new album, EP, repackaging, or, possibly. Pre-save the full song by clicking here.

Also, BTS have nominated for four awards at this year’s BBMAs, breaking a personal record for the group for the most nominations received in a single year for at the annual awards show.

Recently, The K-Pop band dropped a new cut named “Film Out,” which became a global hit just a few weeks ago. Also, They performed at a Tiny Desk(home) concert, where they played three songs “Dynamite,” “Save Me,” & “Spring Day.”