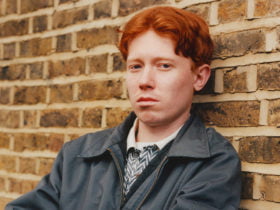 Perry tweeted to reveal the news, “It’s a TRIP to finally be able to announce my brand new show #ᑭᒪᗩY a Las Vegas residency, confirming that the residency will open on December 29 this year and will be hosted, as rumoured, at the Resorts World Theatre.”

She was recently rumored to be hosting a show at the new Resorts World casino in Vegas, which contains a 5,000-seater venue. She’s now confirmed the news. To know more about tickets click here.

In Jan, Katy performed her incredible ‘Firework’ performance at Biden Inauguration. Meanwhile, Last year, In Aug, she officially dropped her fifth studio album named ‘Smile,’ which featured 12 tracks including, Never Really Over, Daisies, The title song ‘Smile,’ Harleys In Hawaii, What Makes A Women, & many more.