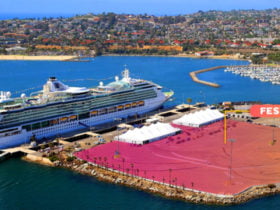 The Popular Rock Band Guns N’ Roses has Officially Announced that they will come back to the UK and Europe next summer for a massive Europe stadium tour in London. The rock icons, who played in UK year 2018, will bring the “Not In This Lifetime” tour to the Tottenham Hotspur Stadium on May 29 as part of a new run of stadium shows.

Grub Your Tickets First until it is over, You can buy the tickets by clicking Here :- CLICK_HERE_FOR_TICKETS. Also you can see the poster of the tour below, this is looking amazing when we see it.

Here are List, You can buy the tickets by seeing the dates.