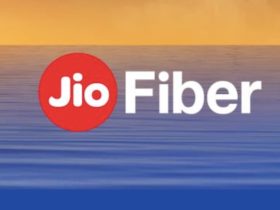 American pop-rock band, HAIM has released their new song, ‘Feel The Thunder‘ from the new film The Croods: A New Age. Listen to the full song below.

The track, ‘Feel The Thunder‘ is produced & co-written by Ariel Rechtshaid, also will marks ‘Thunder Sister’ characters in the film, and was inspired by Guns N’ Roses. It will be officially released as part of the film’s soundtrack on November 20.

Last month, Haim released their new music video of their latest track ‘Man From The Magazine‘ from the album ‘Women in Music Pt III‘. The band also shared numerous music videos from the album directed by filmmaker Paul Thomas Anderson, including “Summer Girl,” “Now I’m in It,” “Hallelujah,” and “The Steps.” In June, the sisters Haim performed a remote “Tiny Desk Concert” for NPR.

“I’d never tried to make music like that before, so it was fully like a crazy experiment,” frontwoman Danielle Haim said of the track in a recent interview. The Croods: A New Age opens in UK cinemas on February 5, 2021.

HAIM New Song “Feel The Thunder” From The Croods: A New Age