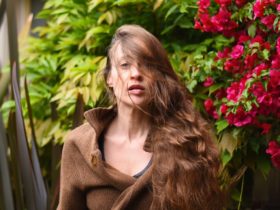 Female pop-rock band, HAIM discussed the genesis of their 2019 single “Summer Girl,” from last year’s Women in Music Pt. III. Listen to the full podcast below.

In this episode, The rock band, HAIM break down their experience creating the song, along with Este Haim and the song’s co-producer and co-writer Rostam. Also, the sisters discuss about how Rechtshaid’s cancer diagnosis informed the songwriting, referencing Lou Reed’s “Walk on the Wild Side,” trying to get Bono to sing on the track, and more.

“We had a chemistry and did a few songs and at one point I was in London mixing a record and HAIM happened to be camped out there doing press and we sort of reconnected for the first time in a while,” Rechtshaid added. “It was a slow build after that but that was I think when Danielle and I suddenly had this connection”.

In the meantime, Last month, the group released their latest song, ‘Feel The Thunder‘ from the new film The Croods: A New Age, produced & co-written by Ariel Rechtshaid. In June 2020, the sisters Haim performed a remote “Tiny Desk Concert” for NPR.

The group’s album, ‘Women in Music Pt. III’ is up for the 2021 Grammy Award for Album of the Year. Also, HAIM was nominated for Best Rock Performance for “The Steps.”