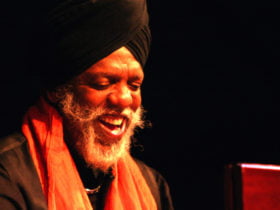 American singer & songwriter, Halsey has officially released her long-awaited new album named “If I Can’t Have Love, I Want Power.” Stream the full album below.

The album was written while she was pregnant with her first child, it finds the pop superstar sifting through dark thoughts and deep fears, offering a picture of maternity that fully acknowledges its emotional and physical realities what it might mean for one’s body, one’s sense of purpose.

“It happened by accident,” Halsey tells Apple Music of her fourth full-length. “I wasn’t trying to make a political record or a record that was drowning in its own profundity—I was just writing about how I feel. And I happen to be experiencing something that is very nuanced and very complicated.”

“The reason that the album has sort of this horror theme is that this experience, in a way, has its horrors,” she says. “I think everyone who has heard me yearn for motherhood for so long would have expected me to write an album that was full of gratitude.

“Instead, I was like, ‘No, this shit is so scary and so horrifying. My body’s changing and I have no control over anything.’ Pregnancy for some women is a dream—and for some people, it’s a fucking nightmare. That’s the thing that nobody else talks about.”

Listen To Halsey New Album, “If I Can’t Have Love, I Want Power”