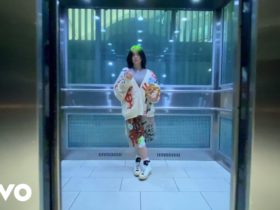 The boy K-Pop group, BTS has joined forces with rapper, Megan Thee Stallion for the new version of “Butter.” Listen to the full song below.

On 25th Aug, Megan Thee Stallion has been permitted by a judge to drop her remix of the BTS song ‘Butter’ after the rapper accused her label, 1501 Certified Entertainment, and distributor 300 Entertainment of blocking its release.

In the meantime, Thee Stallion unleashed her latest song named “Outta Town Freestyle.” It marks her third new track from the Houston rapper this year, having released ‘Southside Forever Freestyle’ in February to celebrate her 26th birthday.

Also, Recently, BTS released their song named “Permission To Dance” by Ft. Ed Sheeran. Previously, HYBE described ‘Permission To Dance’ as a song “that will make your heartbeat to the rhythm of BTS’s positive energy.”