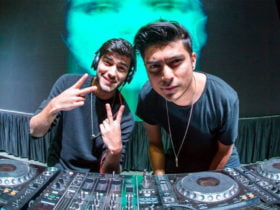 After the super hit release of album tracks, “BLACK MAGIC,” ‘BROKEN MIRROR’, ‘INTO THE UNKNOWN’, and ‘F*CKING SOCIETY’ to colossal acclaim, Hardwell now returned with a fifth song.

The track, ‘DOPAMINE’ is the next stunning release from the behemoth himself, guaranteed to give a serotonin-inducting injection into the dance arena. Commencing with a militant-style, deep noted rhythm that hammers with a ferocity, mutating rolls of drums set the ground shaking right off the Richter Scale, punctuated with glitching synths that pierce through the intense segments.

Thundering forwards with palpitating, rigid hats and filtered, severe oscillations, ‘DOPAMINE’ is one of Hardwell’s most organic and unapologetically heavy anthems to date, coming this May to Revealed Recordings.