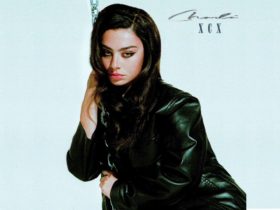 Dutch DJ & record producer, Hardwell has released his 2 new songs named, ‘BROKEN MIRROR’ & ‘INTO THE UNKNOWN.’ Listen to the full songs below.

Earlier this week, he surprisingly announced his new global tour and album, “Rebels Never Die,” via his own Revealed Recordings. Both tracks will appear on his forthcoming album, ‘Rebels Never Die’.

The opening tracks from his Ultra set, ‘BROKEN MIRROR’ and ‘INTO THE UNKNOWN’ personify this new chapter in Hardwell’s career. A shift in sound met with a return to touring, REBELS NEVER DIE marks a critical point in the musical transformation for one of electronic music’s biggest known stars, with lead tracks symbolizing the theme of the album’s fabric.

The track, ‘Broken Mirror’ features a voiced monologue from Hardwell, which is heard over the sound of a ticking clock: “I know you have your opinion. But let’s be honest… Your opinion of me does not define who I am. Because I know what you expect me to be. Now, I’m gonna show you who I truly am.”