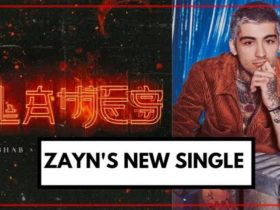 After a long time, he is coming with a new album, “Surroor”. He shared the album news via Instagram and wrote that “Surroor 2021 the album teaser poster, lots of love ❤️❤️❤️” he also shared the teaser video of the album. Watch below.

He added, “This album will feature songs with me and will have larger than life videos and my music label Himesh Reshammiya Melodies is also going to launch the best, new and upcoming talents in the country with grand videos, concepts, and songs which bring out the essence of true artistes in the world of music. We will also collaborate with the biggest stars of the country besides launching new singers.”

Meanwhile, Reshammiya won the Filmfare Award for Best Male Playback Singer in 2006 for Aashiq Banaya Aapne, as well as receiving several other awards such as the Star Screen Award, IIFA Award, and the Zee Cine Award.