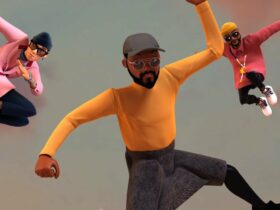 American singer & activist who was the founding prelate of the Unity Fellowship Church Movement, Carl Bean has died at the age of 77.

According to the Pitchfork report, The news of Bean’s death was announced in a statement from the Unity Fellowship Church Movement, the church founded by Bean for the Black LGBTQ+ community.

“Our hearts go out to all as we mourn the loss of this trailblazing leader and legend in the worlds of activism, advocacy, AIDS, community outreach, faith, liberation theology, and so much more,” the statement reads.

In 1977, he recorded “I Was Born This Way” for the label. The single, originally written by Chris Spierer and Bunny Jones, became an anthem for the LGBTQ+ community. Its lyrics were straightforward and notably progressive for the era: “I’m happy, I’m carefree, and I’m gay,” Bean sings in the chorus.

Lady Gaga also states that “Born This Way, my song and album, were inspired by Carl Bean, a gay black religious activist who preached, sung and wrote about being “Born This Way.” Notably, his early work was in 1975, 11 years before I was born.”

She added, “Thank you for decades of relentless love, bravery, and a reason to sing. So we can all feel joy, because we deserve joy. Because we deserve the right to inspire tolerance, acceptance, and freedom for all.”

“I Was Born This Way” Singer, Carl Bean Died At 77