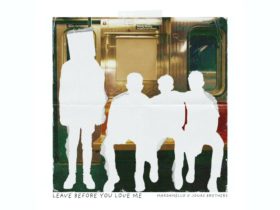 DJ and record producer, ILLENIUM has teamed up with Dabin & Lights for new single, “Hearts On Fire.” Listen to the full track below.

Yesterday, Illenium announced the track via social media. The track, “Hearts on Fire” has amazing sprinkled with intricate, smooth vocals and, real tune. After a long time, Illenium collaborated with Dabin & Lights for this new track.

In the meantime, In Aug, he released his latest single, ‘Nightlight’ on his new label home of 12Tone Music. On 23rd Oct, ILLENIUM teamed up with singer, Tom DeLonge, Angels & Airwaves for the latest track, ‘Paper Thin.’

Also, His most updated releases have been the aforementioned edit compilation, May’s ASCEND (Remixes), and his big-collaboration with Excision and I Prevail, “Feel Something.”