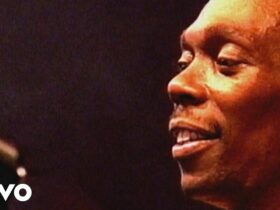 British Musician, Maxi Jazz Died At The Age Of 65

If you have been following all the trendy artists on their social platforms then you might have an idea about what we are going to discuss here! But if not? no worries. We will explain this India vs Pakistan controversy. The whole war happened on twitter and many artists were included in that. Major artists like Ikka, Kr$na, Talhah Anjum, Talhah Yunus, and Sikander Kahlon took a stand in this controversy. With every explanation, we will link the tweet too. We might not be able to link all the tweets as many of them are already deleted but we will try to explain everything briefly.

After all, these artists sorted things to a limit and even they don’t want their fans to fight over it. What we are trying to say is that we won’t be biased towards any artist. We might put some opinions! But we are not biased against any artist and Siachenstudios supports every kind of artist. We don’t discriminate against ethnicity or anything. So, let us discuss and get deeper into the matter!

Read More – Divine And Emiway Why The Beef Is Suddenly Ended? (Full Story)

The heat started from here! Talha Anjum and Kr$na are really good homies or friends. They even had a collab together including Talha Yunus and it was sick! But in the past, Talha Anjum has posted a lot of controversial tweets and he apologized for them later. But this time Talha Anjum posted something related to the Indo China dispute that happened recently and his intention was not wrong but he got a lot of backlash about it.

Anyone who would read this tweet for the first time would think that he is hating on our situation. It is because of his choice of words, he could have used better words to make it simple. He actually mocked his own country in this tweet. Talha Anjum meant that Pakistani ISPR should stop making songs after tragedies and take some steps against the enemies. “Humein Dushman ke Bacho ko parhana h” was a song made by Pakistan ISPR after the sad Peshawar tragedy. Talha Anjum got a lot of hate with this tweet because people think he should not have tweeted about such a sensitive topic.

After this, Kr$na replied to this tweet and his reply was really good. He replied maturely with respect and without hurting anyone’s sentiments.

So, from our side, Kr$na responded to Talha Anjum in a very nice manner and really cleared things out. He handled the situation without provoking any beef. Kr$na in this tweet meant that China is a communist country and it does not need any kind of song to cover their loss. China just hides the casualties and manipulates everything according to them. And Kr$na even said that Talha Anjum is touching a really sensitive topic and it can be avoided easily. Here Kr$na made it clear and Talha Anjum apologized in his next tweet but with a troll.

Here Talha Anjum cleared things out and apologized for his choice of words. He said that he agrees with everything Kr$na said but he was mocking his own ISPR and apologizes for his choice of words. But the spelling of apologies is written as “Opologies” and later he corrected himself. And the alphabets A and O have a huge distance so it is not a coincidence and he trolled Indians that they use Chinese brand Oppo phones and then wants their data to be secured. But as we all know, no one can fool Kr$na and he actually caught and trolled him in his reply.

After that tweet, Talha Anjum tweeted again saying that he and Kr$na won’t beef over something political just because their opinions are different. And Kr$na replied with this tweet saying that he agrees totally as they cant change their political point of view but they can change how they behave as citizens to each other. They both conducted a positive message but as in the last tweets Talha Anjum trolled him, so Kr$na did it too. Check out the spelling of “Respect”, it is written as “Rescpect” and then corrected just like Talha Anjum did. And CPEC means ChinaPakistan Economic Corridor, obviously, these rappers are smarter than they look. But they ended it with peace and might be laughing at those trolls and their audience should stay polite and respectful too.

Unlike Talha Anjum and Kr$na, this one went pretty dirty and Ikka even made few religion-based shots. There were a lot of tweets from Ikka’s side, so we will just mention the main tweets, and many tweets are deleted by Talha Yunus too. This controversy still can turn into a beef but after the interference of Kr$na and Sikander Kahlon, it might not. We hope it won’t turn into a beef because that would definitely take an ugly turn because rappers might not shy away from political talks.

This is what Ikka tweeted for Talha Anjum and there are a lot of things wrong with this tweet. Ikka did not mention Talha Anjum in this tweet and that is why Talha Anjum replied to him saying that he should tag the name before talking. And after that Talha Yunus replied with few bars and Ikka replied with Bars too until it turned ugly.

This was a really toxic tweet from Ikka’s side but he apologized for this and cleared out that he does not hate any country or religion. Then he even said that if Talha Anjum has apologized that is good but he was mad because Talha Anjum was repeating such tweets for a long time. The fault was from both sides but glad its calm now. Before this, Talha Yunus tweeted too and e tweeted few lines dedicated to Ikka.

In the above 2 tweets, you can see that Talha Yunus replied to Ikka too. In the first tweet, he replied with bars and took subliminal shots on Ikka. And in the second tweet, someone said that Talha Yunus should diss Ikka and Ikka just wants hype for his new album. Talha Yunus replied saying that he can send is bank details to Ikka if Ikka wants hype and money. After this, Ikka replied with saying that his Album is not even Mastered yet so why would he hype it up, he is just taking a stand for his Nation. After this, both rappers ended it before it gets any worse.

In the above tweet, Ikka mentioned that his album is not even mastered yet. And if you have been following DHH then you would know that Ikka had a controversy with KDM recently. His collab with Bohemia got canceled because of a fight with J Hind. And everyone thought that Ikka is doing this because he KDM collaborated with Young Stunners (Talha Anjum and Talha Yunus). And in the end, he just said that he will end it there.

And with these tweets, Talha Yunus ended this controversy. As Kr$na tried to solve this, Talha Yunus clearly replied that he means no harm and he is glad that he didn’t target anyone’s religion. With that, he targetted Ikka as he brought up religious things in his tweet. With this, Sikander Kahlon tried to stop this while this was going on!

Sikander KAhlon dropped a really good message with this tweet. Just like he said that this controversy can easily take a bad turn. We as an audience can avoid this by not hyping such controversies and rappers should avoid making political opinions on other countries or at least should not poke such sensitive topics because it can hurt a lot of people’s sentiments. So, this article ends here and in the end, the only thing matters between India and Pakistan is peace!