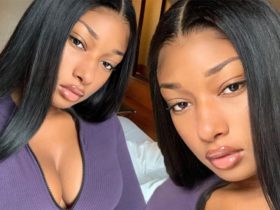 American rapper, Isaiah Rashad has dropped his new album named “The House Is Burning.” Listen to the full song below.

“Hopefully this is the start of something new—no more five-year gaps,” Isaiah Rashad tells Apple Music of his long-awaited third album. It’s been that long between The House Is Burning and 2016’s The Sun’s Tirade, but the Chattanooga rapper easily proves why he’s worth waiting for.

The songs here are kinetic even in their nocturnal wooziness and precise even in their unpretentiousness. Many of them, he says, were born from “scratches” or songs he just made on a whim with a minimal amount of time invested alongside Dallas producer Kal Banx, who’s credited on most of the tracks.

True to Rashad’s geographic background, there’s a decidedly Southern and soulful aura that informs the album’s momentum and references. Tucked beneath the layers of syrupy melodies are nods to Pimp C, Goodie Mob, Three 6 Mafia and Anthony Hamilton.

Within the sounds and lyrics, he lights up a map to his musical roots and the proud Dirty South lineage in which he operates. “I tried to hone in on the energy of all the types of music I grew up listening to—Texas bounce, Louisiana bounce, a little bit of neo-soul in there,” he says. “I tried to update it, flip it and make it apply to how I will be feeling nowadays.”

Isaiah Rashad Album “The House Is Burning” Out Now! Like This Album? Stream & Download The Full Album By Clicking Here.