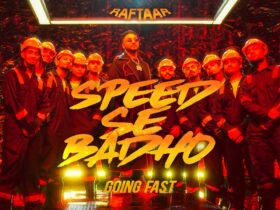 It will also be included on Cole’s next album The Fall Off. J. Cole produced “The Climb Back” and co-produced “Lion King on Ice” with Jetsonmade and “MIDDLE CHILD” collaborator T-Minus.

On July 21, Cole announced that the two songs will be the first to be lifted from his upcoming new album ‘The Fall Off’, which follows on from 2018’s ‘KOD’.

J. Cole Two New Tracks ‘The Climb Back’ And ‘Lion King On Ice’

Cole also told his fans on Instagram that his sixth record having been delayed due to the coronavirus, he’s in no rush to complete the project. “No date for the album yet, taking my time, still finishing,” he said.

Most recently, Cole dropped the song “Snow on tha Bluff,” on which he seemed to criticize Chicago rapper Noname. Many fans felt that J. Cole dissed Lil Pump and other young rappers on “1985,” so Cole sat down for an hour-long conversation with Lil Pump.