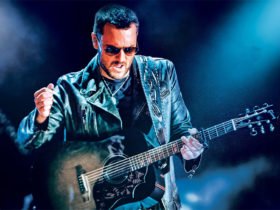 American rapper, Lil Baby has replied to Kanye West and saying that ‘nobody told me’. Kanye tweeted this week, “Lil Baby my favorite rapper but won’t do a song wit me.” – Check out the tweet below.

After announcing the name of celebrities, including his wife Kim Kardashian and rapper Drake, Kanye mentioned Lil Baby in one of the tweets claiming the ‘Yes Indeed’ singer allegedly refused to collaborate with him for an album.

Lil Baby took to Twitter to address Kanye’s tweet, which has now been removed. In the first tweet, he wrote, “Nobody told me ye was trying to get me on a song that’s fucced up” and then added, “@kanyewest no disrespect nobody told me”.

Lil Baby Replied To Kanye West Saying ‘Nobody Told Me’

On the other hand, some fans sympathized with Lil Baby for becoming Kanye’s latest target in his Twitter rant. One fan tweeted, “You need to call him”. And another said, “Don’t worry about it. He probably made it up and doesn’t remember saying it anyway.”

When one fan wrote, “Fax but we need that collab”, another added, “It really be ya own. a ye and baby song would go crazy”. While another excited fan wrote, “You got like 24 hours to get something in. Better hit him up on Twitter”.

Recently, Rapper, Kanye West unveiled that, he is going to release his forthcoming album, ‘Donda’ this Friday (July 24).

Last week, Kanye West also launched his campaign tour for the US presidential election in chaotic fashion at an event in Charleston, South Carolina, delivering a rambling address that touched on theology, homelessness, corporate power, and involved a long debate with an audience member about abortion.