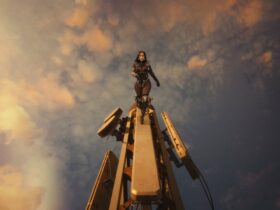 American jazz and R&B musician, songwriter, James Mtume has died at the age of 75. His son Faulu Mtume confirmed the news to Pitchfork.

He came to prominence as a jazz musician, working with Miles Davis between 1971 and 1975. Mtume’s R&B group, also called Mtume, is best known for the 1983 R&B hit song “Juicy Fruit”, which has been repeatedly sampled. Mtume the band also had a top-five R&B hit with the single “You, Me, and He”.

“Just imagine, you’re nine, ten years old and there’s Dizzy Gillespie, Thelonious Monk, Sonny Rollins,” Mtume told Red Bull Music Academy in 2014. “I never was hip enough to know just how brilliant a situation that was, but what I did know about jazz musicians were they were an extraordinary group. Witty, funny. There was nothing like sitting around a table of jazz musicians.” In the late 1960s Mtume joined the US Organization, a Black empowerment collective that created Kwanzaa.

After the 1980s In Search of the Rainbow Seekers, the band released 1983’s Juicy Fruit. The title track became the band’s biggest hit, and it was famously sampled on the Notorious B.I.G.’s “Juicy.” The band followed it with two more albums: 1984’s You, Me and He and 1986’s Theater of the Mind. In 1986, James Mtume composed the music for the film Native Son.