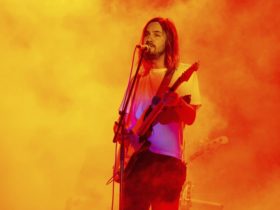 American DJ and EDM producer, Jauz has teamed up with HALIENE for the new anticipated collaboration, ‘Oceans & Galaxies.’ Listen to the full song below.

the track is the perfect combination of both the artists, it features the production features HALIENE’s Marvelous vocals, accompanied by a trance-like oceanic bass & melody. The lyrics narrate the love story that transcends distance.

Jauz says, “I’ve been a fan of HALIENE’s for so long, and had wanted to write a song with her forever. We had never actually met until this year, and in true 2020 fashion, it was because we were both streaming weekly on Twitch.

He wrote, “We wrote the song together on one of my streams and the way it came together was so effortless. “Oceans and Galaxies” is something that still feels like a JAUZ song, but that fans are looking forward to hearing during a live show not because they want to headbang but because they want to sing along to the chorus”

The song’s release is accompanied by an Earth Day livestream on April 22, hosted by Jauz and HALIENE on Monstercat’s Twitch channel. During the event, Jauz and HALIENE will premiere an acoustic performance of “Oceans & Galaxies,” alongside live art and conservation education.

Jauz Team Up With HALIENE For New Song, ‘Oceans & Galaxies’