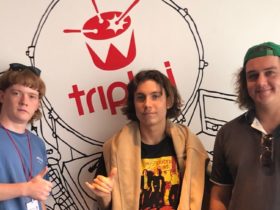 American DJ and EDM producer, Jauz has teamed up with Micah Martin for the new Dubstep collaboration named “Forever.” Listen to the full song below.

The track, “Forever” marks Jauz’s 3rd single in 2021, following up “Sick” with Sum 41’s Frank Zummo featuring We Are PIGS, and “Oceans & Galaxies” with HAILENE. Jauz explains the new song as “A tribute to the era of Dubstep that I grew up on and love so much.”

MUST-READ – David Guetta Team Up With Mistajam & John Newman For New Remix Track, “How Will I Know”

Recently, Jauz has launched $BTX Coin, his own personal cryptocurrency via Rally. The currency aims to help emerging artists and their fans gain valuable exposure, release music, and even collaborate with them.

Meanwhile, Jauz also will hit the road with a lineup of upcoming US appearances including HARD Summer as well as a HARD Fest London soon.