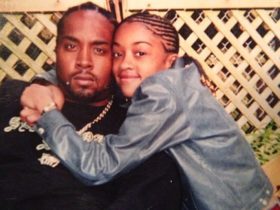 Meanwhile, In July 2020, Joey released The Light Pack, a collection of three new songs; “The Light,” “No Explanation,” and “Shine,” which followed his first solo tracks since 2017, as well as his first recordings for Columbia Records.

His last studio album was 2017’s All-Amerikkkan Bada$$. Last month, Joey Bada$$ teamed up with Westside Boogie (FKA Boogie) for their track, “Outside.”