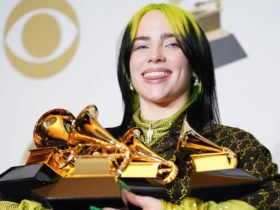 She joined Brandi Carlile on stage to sing ‘A Case Of You’ and ‘Both Sides Now,’ released in 1966 and 1971, respectively. Also, She played the guitar solo from her 1974 song ‘Just Like This Train’.

The performance marks Mitchell’s second time emerging at the three-day festival since 1968, which took place in Newport, Rhode Island.

In addition, It was the first time she’d performed live since 2013 when she’d given two impromptu performances at events where she’d been invited to recite poetry. Prior to that, her last live shows were in 2002, two years after she retired from touring.