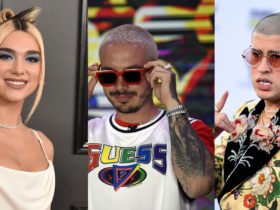 The music video is Directed & Edited by Cole Bennett, Song Produced by Pi’erre Bourne. It marks the fourth collaboration between the pair. Juice WRLD raps in the song, “Will Smith and Martin Lawrence, I’m a bad boy / Went and got off my ass, and got to the cash / And got in my bag, boy.”

It was the last video Juice recorded before his death in December 2019. Meanwhile, On 10th Oct, Megan Thee Stallion teamed up with Young Thug and dropped her latest hip hop track named ‘Don’t Stop‘.

Also, In Aug 2020, The Weeknd teamed up with the late Juice WRLD for a hip hop track named ‘Smile.’ Back in 2018, Thug joined on Juice WRLD’s mixtape with Future, ‘WRLD ON DRUGS’, featuring on the track ‘Red Bentley’.

In 2019, Juice joined on Thug’s debut studio album ‘So Much Fun’, featuring on the track ‘Mannequin Challenge’. Also, Juice’s second album ‘Death Race for Love’ featured Young Thug on the track ‘On God’.