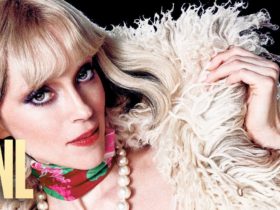 Recently, Megan Thee Stallion’s collaboration single ‘WAP’ with Cardi B, is still on the top of the charts. In the meantime, the rapper has additionally released singles and remixes with Major Lazer, Beyoncé, Tyga, and Normani this year. Also, she came on the TIME Magazine Time100 most influential people in the world list.