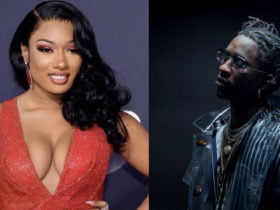 Canadian singer, Justin Bieber has announced that he is resuming the ‘Justice’ World Tour 2022 after Paralysis. Check out the post below.

Originally, The ‘Justice’ Justin Bieber world tour 2022 Took place in February but in June, Bieber postponed all NA tours due to a “sickness”. He said he is suffering from Ramsay Hunt syndrome which causes facial paralysis and affects nerves in the face through a shingles outbreak.

The tour will then continue through Europe, South America, Asia, and Australia. Dates of the rescheduled North American shows have yet to be confirmed but, according to a press release, will be announced: “very soon”.

The statement confirmed, “Justin continues to receive the best medical care possible, is upbeat about his recovery, and is looking forward to getting back out on the road and performing for his fans overseas later this summer.”

Check out the dates below and get tickets here.

(1/4) Statement from Justin Bieber’s tour promoter AEG Presents: “In light of Justin’s ongoing recovery, the remaining US Justice Tour shows scheduled for June and early July, including at Summerfest at the @amfamamp in Milwaukee, WI on Friday, June 24, 2022 will be postponed. pic.twitter.com/vr75GwQmB4