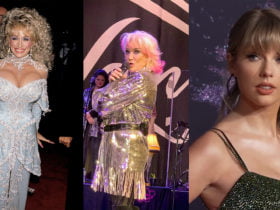 Do you want to know what Necrophilia Serial Killers are? Let us first consider the term serial killer. A serial killer is a person who kills more than two or three people without any personal reasons. There are various prominent serial killers who killed a lot of people for no reason.

In fact, the term Necrophilia means when a person has a sexual attraction to corpses. Yes, you read it correctly. Other terms for it are necrocoitus, necrophilism, necrolysis, and thanatophilia.

How one can get pleasure in having brutal sex with the dead? It is just unbelievable. Isn’t it? There are numerous serial killers in the world. But necrophilia killers are rare to find. We have compiled a list of Necrophilia serial killers.

Peter Kurten, the Vampire of Dusseldorf was a cannibal, rapist, serial killer and necrophile. He had a traumatic childhood with extreme poverty and a cruel father. He killed his classmates at the age of 9. Kurten also extorted animals for bestiality.

In fact, He has killed nearly 68 people and consumed the blood of various victims. He was a necrophilia serial killer. Later he was executed after getting nine death sentences for such brutal crimes.

READ MORE- 10 Most Famous Female Serial Killers You Must Know

Jeffrey Dahmer was one of the famous Necrophilia serial killers. Jeffrey aka Milwaukee Cannibal was involved in cannibalism, murder, and necrophilia as well. He realised that he is gay and attracted to guys in his early teens.

Dahmer wanted to keep the guy with as long as possible. No matter alive or dead, he just wants the person he found attractive. He murdered numerous men and boys for his obsession.

John Christie was an English serial killer and a necrophiliac. He murdered people between the 1940s to 1950s. He also killed his wife by strangling her. Other bodies were recovered from his flat and garden.

He worked as a postman and infantryman in British Army but he was dismissed for theft and other anti-social behavior. John has brutally killed people, rape them, and hid their bodies either in his flat or other places.

Patrick Kearney is a child molester, serial killer, and zoophile as well. He is also a necrophile. He killed around 28 boys and men in California. “The Freeway Killer” Patrick has got twenty-one life sentences.

Patrick killed hitchhikers and young men from gay bars. He then sexually assaulted the bodies of the victims. He has also abused innocent animals and children for no reason. How a person would be so cruel and inhuman?

Edmund Kemper is one of the vicious necrophilia serial killers. He murdered his grandparents, After releasing from prison, he targeted young female hitchhikers. Not only this, Kemper killed his mother and his best friend.

Kemper wanders about going on a date with the victim’s body. Doing insane things like burying the head of the victim in the garden to talk to her through his window. After killing them he sexually assaults the body.

READ MORE- 20 Best Books About Serial Killers You Must Read

The Butcher of Plainfield Edward Gein was a body snatcher and serial killer. After his mother’s death, he was devastated and alone. Ed started reading the plum magazines. He exhumes bodies from the graveyards.

In fact, he murdered many people without any reason. The police arrested Ed for the murder of the store owner Bernice Worden. During the investigation, they found human bones, skulls, bowls made up of skulls and other things from Ed’s house. He was a shame on humanity.

Dennis Nilsen was one of the famous Necrophilia serial killers. He was a bisexual person. He murdered people then bathed and dressed the bodies. Then dissect the bodies and store the body parts around his apartment.

He committed other murders in the Muswell Hill of North London. He was also known as Muswell Hill Murderer. Police arrested Dennis and he confessed to murdering and dismembering the victim’s body parts. The investigation further results in finding body parts in Dennis’ house.

Ted Bundy was a serial killer who murdered numerous people in seven states. He also involved in rape and kidnapping. Who knows that a handsome-looking guy would be a scum bag!

People easily believed him because of his innocent face. He target victims in public places, then take the unconscious victims to alone places. He murdered the victims and revisit them for sexual assault corpses. Bundy beheaded them and put their heads at his home.

Gary Ridgway was one of the evil necrophilia serial killers. He killed several women and girls in the US. He strangled his victims and dump their bodies in the forest. Then he return to abuse the bodies for necrophilism.

In fact, Gary has confessed killing 71 girls and women, after that he stop counting the victims. He targeted the prostitutes as that was easy to reach them. He dumped bodies mostly in Green river and named as Green River Killer.

Joseph Vacher was a French serial killer. He was the 15th child in his family and faced poverty during his childhood. He joined the army where he was not happy with the job and tried to attempt suicide two times. Vacher was dismissed from the job.

Coming to his criminal life, He killed around eleven to twenty-seven people during 1894-1897. Vacher has no personal issues related to the victims, he just wants to kill them and sexually assault their bodies. His victims include women, girls, and boys as well. 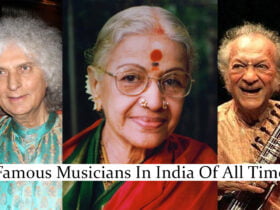