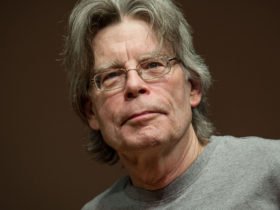 Female serial killers are commonly referred to as “silent” killers since they do not butcher or torture their victims.

However, In half of all cases, poison and suffocation are favored over obvious blades and weapons.

Furthermore, Here you can check out the 10 Most Famous Female Serial killers. Well, Female Serial Killers are far less prevalent than their male counterparts, yet history is filled with them.

Moreover, Some of the Stone-cold ladies who committed terrible killings are among the most well-known examples of serial killers.

Do you want to know who they were? If yes, then You are at the right place.

To begin with, Aileen Carol Wuornos, was an American serial killer.

In 1989–1990, while engaging in street prostitution along highways in Florida, she shot dead and robbed seven of her male clients.

Furthermore, Wuornos claimed that her clients had either raped or attempted to rape her, and that all of the homicides were committed in self-defense.

Moreover, Wuornos was sentenced to death for six of the murders and on October 9, 2002, after 12 years on Florida’s death row, was executed by lethal injection. One of the most famous female serial killers ever.

Amelia Elizabeth Dyer, was an English serial killer who murdered infants in her care over a thirty-year period during the Victorian period of the United Kingdom.

She was trained as a nurse and widowed in 1869, Dyer turned to baby farming—the practice of adopting unwanted infants in exchange for money—to support herself.

However, She initially cared for the children legitimately, in addition to having two of her own, but whether intentionally or not a number of them died in her care, leading to a conviction for neglect and six months’ hard labour.

Therefore, She then began directly murdering children she “adopted”, strangling at least some of them, and disposing of the bodies to avoid attention.

To end with, Mentally unstable, she was committed to several mental asylums throughout her life. One of the most famous female serial killers ever.

Despite suspicions of feigning, and survived at least one serious suicide attempt.

Amy Archer-Gilligan was a nursing home proprietor and serial killer from Windsor, Connecticut.

Furthermore, She murdered at least five people by poisoning them. One of her victims was her second husband, Michael Gilligan; the others were residents of her nursing home.

The authorities counted 48 deaths in her nursing home, the “Archer Home for the Elderly and Infirm.”

She was a Norwegian-American serial killer who was active in Illinois and Indiana between 1884 and 1908.

Do you know? Gunness has killed at least fourteen people.

However, most of whom were men she enticed to visit her rural Indiana property on the promise of marriage.

while some sources speculate her involvement in as many as forty murders. One of the most famous female serial killers ever.

Gunness seemingly died in a fire in 1908. Although, it is popularly believed that she faked her death. Her actual fate is unconfirmed.

READ MORE – 10 Most Secure Prison In The World

In the 1980s, she ran a boarding house in Sacramento, California, and murdered various elderly and mentally disabled boarders before cashing their Social Security checks.

Puente’s total count reached nine murders; she was convicted of three and the jury hung on the other six. Newspapers dubbed Puente the “Death House Landlady”.

she was born on 27 December 1957, she is a female serial killer sentenced to 759 years in prison for the killing of 16 elderly women.

However, The first murder attributed to Mataviejitas has been dated variously to the late 1990s and to a specific killing on 17 November 2003.

The authorities and the press have given various estimates as to the total number of the Mataviejitas victims, with estimates ranging from 42 to 48 deaths.

Well, After the arrest of Juana Barraza the case of the Mataviejitas was officially closed despite more than 30 unresolved cases.

However, Araceli Vázquez and Mario Tablas were also arrested in 2005 and called by police and media The Mataviejitas. One of the most famous female serial killers ever.

Judias V. “Judy” Buenoano she was an American serial killer who was executed for the 1971 murder of her husband James Goodyear.

However, She was also convicted for the 1980 murder of her son Michael Buenoano and of the 1983 attempted murder of her boyfriend John Gentry.

Buenoano is also acknowledged to have been responsible for the 1978 death of her boyfriend Bobby Joe Morris in Colorado.

However, by the time authorities made the connection between Buenoano and Morris, she had already been sentenced to death in the state of Florida.

Commencing with her first murder in 1999 Kempamma killed 6 women over the next 8 years, 5 between October and December in 2007.

However, She befriended victims from female temple devotees and portrayed herself as a deeply pious woman.

Furthermore, After gaining their confidence she would call them to another temple, ask them to dress in their best clothing and jewellery and give them ‘holy water’ with cyanide to drink.

Moreover, She was caught by police trying to dispose of the jewelry and confessed under interrogation. She was the first woman to be sentenced to death in Karnataka.

Myra Hindley was an English serial killer. With her partner, Ian Brady, she raped and murdered five small children.

Furthermore, Hindley grew up with her grandmother in Manchester, England. A close friend died when she was fifteen, causing her to leave school and take up Roman Catholicism. She met Ian Brady in 1961.

Brady was recently released from prison and worked as a stock clerk when the two met.

Moreover, He had a strong influence over Hindley, she wrote, “I hope he loves me, and will marry me someday.” Hindley later noted that he was “cruel and selfish,” but added that she still “love[d] him.” One of the most famous female serial killers ever.

Phoolan Devi, nicknamed “The Bandit Queen” in the film of the same name, provides an intriguing example of serial killings.

However, She decided to get vengeance on the people who had harmed her by murdering them. This includes her ex-husband, who mistreated her daily.

Following that, the Behmai episode occurred, in which Phoolan Devi rounded up the Behmai village’s upper-caste Thakur males.

Furthermore, She lined them up and commanded her gang to open fire on them in one of the most heinous atrocities ever committed.

The aim was to teach a lesson to the Thakur goons who had kidnapped and murdered her partner and mistreated her.

Moreover, She eventually surrendered in 1983 and was assassinated in 2001 in retaliation for the men killed in the Behmai episode.