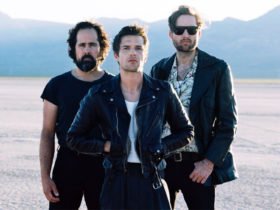 Kelli Hand (K-Hand), the pioneering Detroit house and techno DJ has died at the age of 56. Pitchfork reported.

According to the reports, A cause of death has not been revealed. In 2017, Hand was named the “First Lady” of her hometown by the city’s council. The title was an acknowledgement of Hand’s trailblazing presence as a Black female producer and DJ in the local, male-dominated EDM scene.

In 1990, Hand launched UK House Records, which was later renamed Acacia Records (after a street in Detroit). That same year, she issued Think About It, her debut EP as K-Hand.

In 1995, Hand’s first full-length On a Journey arrived, followed by six studio albums across her career. Hand continued to perform live DJ sets and release records through 2020, collaborating with artists like Jeff Mills, Robert Hood, Mike Banks, and more.

In the 1980s, Hand began making brief trips to New York, where she soaked up the music at clubs like Paradise Garage. During her visits, she stocked up on vinyl and eventually purchased her own turntables.