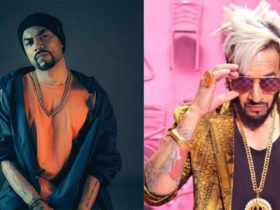 According to Forbes, Rihanna is now worth $1.7 billion, Forbes estimates, making her the wealthiest female musician in the world and second only to Oprah Winfrey as the richest female entertainer. But it’s not her music that’s made her so wealthy.

The bulk of her fortune (an estimated $1.4 billion) comes from the value of Fenty Beauty, of which Forbes can now confirm she owns 50%. Much of the rest lies in her stake in her lingerie company, Savage x Fenty, worth an estimated $270 million, and her earnings from her career as a chart-topping musician and actress.

The Barbados-born star has 101 million followers on Instagram and 102.5 million on Twitter—to build a beauty brand, she is the most successful beauty entrepreneur to do so.

Also, According to the reports, the majority of Rihanna’s fortune comes from the value of Fenty Beauty, which the singer owns 50 per cent of.

The rest of her fortune is thought to come from her stake in the Savage x Fenty lingerie company, which is said to be worth around $270m (£193m).

READ MORE – Lady Gaga & Tony Bennett Releases New Song, “I Get A Kick Out Of You,” Announces New Album