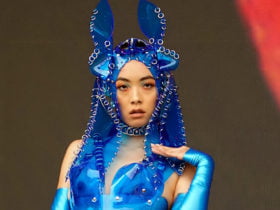 Rina Sawayama Shares teaser Of ‘The Making Of SAWAYAMA’ Documentary

The musical group Sunday Service Choir( led by Kanye West) has released a new album called “Jesus Is Born“. The album contains 19 tracks, including ethic versions of songs from his back catalogue like “Ultralight Beam” and songs that have featured at his various Sunday Service sessions throughout 2019. Hope you like it.

Here are the official audio “Jesus Is Born” by the most popular Musical Group Sunday Service Choir( led by Kanye West). The new record follows ‘Jesus Is King’, which was initially due for release on September 27 but eventually arrived on October 25. you must listen this album and share this with your friends.

The Sunday Service Choir is an American gospel group led by rapper Kanye West. Beginning in January 2019, the group has performed every Sunday, as well as Friday, September 27, when West’s album Jesus is King was announced for release.