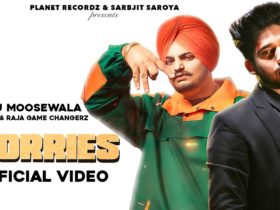 At the end of the video, KARMA wrote ‘ALBUM‘ at the blank page, it seems like, KARMA is about to release his new album soon, as well as the track has amazing beats by Raftaar. Meanwhile, the rapper, Karma is looking very lazy, one person beats him and he raps in front of him. Karma wants to say in the video, no matter how many you come, I am alone enough to kill you.