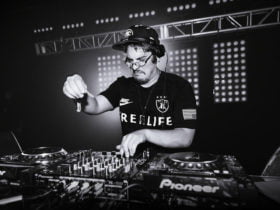 American singer & songwriter, Katy Perry has announced that she will perform on Saturday Night Live this month. Check out the post below.

The singer reserves as the musical guest for the show’s January 29 episode. The episode will be hosted by actor Willem Dafoe, will mark Perry’s fourth time performing on SNL, after appearances in 2010, 2013 and 2017.

The show features a career-spanning set from Perry that includes the likes of ‘California Gurls’, ‘Hot n Cold’, ‘Waking Up in Vegas’, ‘I Kissed a Girl’, ‘Teenage Dream’, ‘Roar’ and more, along with her recently-released Alesso collaboration ‘When I’m Gone’.

Live from New York, it’s 🍄PLAY🍄 Can’t wait to bring my slice of Sin City to the Big Apple🍎 (and ur 📺) @nbcsnl pic.twitter.com/6BCJDsmWtd