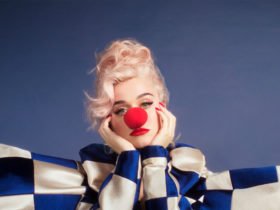 Kendrick Lamar dropped his new video song “Rich Spirit” from the album Mr. Morale & the Big Steppers’. Watch the video given below.

He is one of the most influential hip-hop artists. You know what Kendrick got nominated for Grammy awards for his album Mr. Morale & the Big Steppers.

Moreover, He appeared in the season premiere of Saturday Night Live. The superstar MC performed songs like Father Time, N-95, and Rich Spirit. While the renowned artist Sampha joined him for Father Time.

In fact, the album Mr. Morale & the Big Steppers brought praise to Kendrick for his lyricism. It is a double album that consists of eighteen songs split into nine tracks.

Watch the video of the song Rich Spirit by Kendrick Lamar:

Isn’t it amazing? The lyrics and the visuals made the video song worth watching. Kendrick always amazes his fans with his raps.