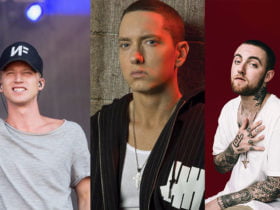 Hello folks, In this article, I am going to present to you the best famous Acapella Groups you must know. As we all know, Acapella groups are groups of singers who perform without any accompaniment other than the human voice. Acapella groups are usually made up of four to eight singers, but some groups have just two singers.

There are a ton of acapella groups in the world, but it’s hard to find a group that doesn’t sound like a bunch of people with their mouths open. Not that that’s a bad thing, but it’s not the kind of sound that will make you want to get up and dance.

It all started with the human voice. Acapella groups are a big deal – they’re what make the songs you know and love sound so good. You may not know the name, but you know the sound. The groups that make these songs happen are called “acapella groups,” and they’ve been around for centuries.

15 Famous Acapella Groups Of All Time

Pentatonix one of the famous American Acapella group from Arlington, Texas, currently have members including, vocalists Scott Hoying, Mitch Grassi, Kirstin Maldonado, Kevin Olusola, and Matt Sallee. Pentatonix has won three Grammy Awards: they were the first a cappella act to win Best Arrangement, Instrumental or A Cappella, doing so in 2015 and 2016, and Best Country Duo/Group Performance in 2017. In 2012, Their debut EP PTX, Volume 1 was released, followed by their holiday release PTXmas.

The Real Group is a famous Acappella group from Sweden, consisting of members including Emma Nilsdotter, Lisa Östergren, Anders Edenroth, Anton Forsberg, and Jānis Strazdiņš. The group’s fellows compose and arrange most of their songs. They sing in English and Swedish and cite American vocalist Bobby McFerrin as an inspiration.

In 2002 The Real Group played at the opening ceremony of the FIFA World Cup in Seoul, South Korea to an audience of 60,000. The Real Group has performed more than 2000 concerts worldwide.

Take 6, a famous American Acapella Group formed in 1980 on the campus of Oakwood College in Huntsville, Alabama. Take 6 has received Grammy Awards as well as Dove Awards, a Soul Train Award, and nominations for the NAACP Image Award.

The crew signed a contract with Warner Alliance in 1987 and changed its name to Take 6 after a search revealed the name “Alliance” was in use.

The House Jacks is one of the popular professional a cappella groups from San Francisco, founded in 1991 by Deke Sharon. The House Jacks describe themselves as a “rock band without instruments.” The group is considered the first professional Acapella Group to have a dedicated vocal percussionist.

The King’s Singers are one of the popular British Acapella vocal groups, founded in 1968. In the United Kingdom, their popularity peaked in the 1970s and early 1980s. In 1987, they were prominently featured as guests on the Emmy Award-winning ABC television special Julie Andrews: The Sound of Christmas. Their latest album is titled “The Library Vol. 4”, and was released in June of 2022.

The Filharmonic, an LA-based a cappella group of Filipino-American youngsters who were featured in NBC’S hit musical contest, The Sing-Off, has much to sing about. In 2016, The Filharmonic brings their special blend of hip hop, pop, and 90’S nostalgia to more than 150 college stages nationwide and was named the #1 college-booked entertainment group of the year.

Rockapella, an American a cappella musical group formed in 1986 in New York City. Rockapella sings original vocal music and a cappella covers pop and rock songs. The group originally found its greatest victory in Japan throughout its career.

Metro Vocal Group is one of the famous American Acapella Groups based in Hong Kong. Metro’s repertoire is a mix of classic music combined with rock and pop as well as covers of popular songs worldwide. In an a cappella fashion, Metro uses their voices to emulate percussion, trumpets, guitars, and miscellaneous sound effects as well full melodies with harmony.

Gentleman’s Rule is one of the famous exciting 7-man Acapella Groups based out of Chicago heralded as “the next generation of vocal entertainment.” Gentleman’s Rule has over 1.7 million views on YouTube.

After recording their debut album, Act Accordingly, in the summer of 2012, the gentlemen had their first performance during the halftime show of the Chicago Bears vs. Carolina Panthers game at Soldier Field.

The Voca People is an Israel-based ensemble performing vocal theater combining a cappella and beatbox vocals to reproduce the sounds of an entire orchestra. They have performed in Spain, the United States, Hungary, Italy, France, England, Israel, and many other places. Their motto is: “Life is music and music is life.”