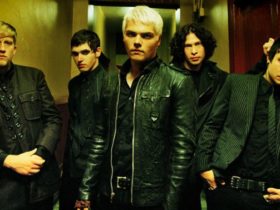 The 17th episode of the show’s 46th season, was hosted by Carey Mulligan. On the first of his two performances, Kid Cudi donned a dress for a rendition of ‘Sad People’. He then performed ‘Tequila Shots’ while surrounded by lasers on SNL.

In the meantime, In Dec 2020, Kid Cudi released his latest new album, “Man On The Moon III: The Chosen.” It also includes samples of Tom Hanks in Cast Away, Tame Impala, Scott Pilgrim Vs. the World, Nicholas Britell’s score for The King, and more.

MUST READ – Flume Announces New Album Is On The Way