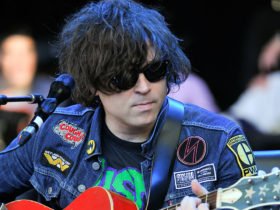 Ryan Adams Apologizes For His “Harmful Behavior” Toward Women

Indian rapper & singer, King has dropped his second single, ‘Blanko‘ from the upcoming album, ‘The Gorilla Bounce.’ Listen to the full song below.

Earlier this week, he teased the track via Instagram and said, “‘RUH GAA UTHEGI’🌓🥃 A beautiful masterpiece from the family of “Ghumshudaa, Tum Saath Rehnaa & Tu Aake Dekhle” is coming to make you move from inside!🪞♥️ Again, I’m not in a league. I am a different league! THIS IS KINGSCLAN.” The album’s next song will be released on 15th March. Stay tuned with us for more tracks.

Recently, he has released his first song, ‘Picasso‘ from his upcoming album, ‘The Gorilla Bounce,’ the track has crossed 2+ M views on YouTube now. From the first track Gumshuda To Blanko, King has come a long way, he is getting the fame he deserves.

Last year, he released his previous album, ‘The Carnival‘ featured 8 tracks like, ‘She Don’t Give A’, ‘Thoda Samjha Karo,’ and many more. Also, He teamed up with VOID for the latest single, ‘Keh Na Paun’ from VOID’s upcoming Ep “FOREVER FOR A WHILE”.