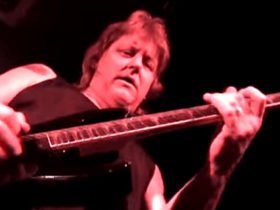 About an year ago India’s normal public got introduced to Diss Songs and most of them got introduced to hip hop actually, yes i am talking about the Diss game between Raftaar and Emiway had sure this is not over yet because Raftaar’s record label or i can say the team where all the rapppers produce the diss songs on emiway while the other side emiway over the game with his end. But there is continues track coming out from Kalamkaar for emiway but not only emiway this time Kr$na diss to Insane and Muhfaad.

So this all started when Muhfaad is the member of kalamkaar. Muhfaad and Raftaar also released the song together ‘Sare Karo Dab‘ which is released on Zee music company. But after that muhfaad have a problem with raftaar about his verse muhfaad said that i didn’t like that his verse at last in the song. After that we don’t have information about the situation but Muhfaad said in the interview with Raaj jones that he didn’t get the invitation on MTV hustle from Raftaar. So that’s why Muhfaad released the diss against Raftaar which is ‘Happy Diwala Raavan‘. Where he diss king rocco, kr$na, raftaar ot of rappers.

Also Muhfaad said about Kr$na on the interview that kr$na is taking benefits between Raftaar and Emiway.

But Emiway not reply to the diss directly beside he is going subliminal diss and then he released the track called seedha takeover.

So after this track kr$na released the track with the name ‘seedha makeover’ to reply the emiway.

The again kr$na come up with new diss track this time he diss to Insane also who is making 8 diss for kr$na so kr$na diss to insane, muhfaad and, emiway again.

Then in reply of this track muhfaad relased the song name ‘Bitch i am a god’ on next day. He produce the song in 10 hours.

But here is the amazing fact that after this reply of muhfaad there is again reply from kr$na which is too fast. The track name is ‘Maharani’. which is taken out from muhfaad who call himself as a ‘maharaj’.

This is the latest update form this diss game let see what happens next did muhfaad reply to this track and we are waiting for emiway’s diss for kr$na.