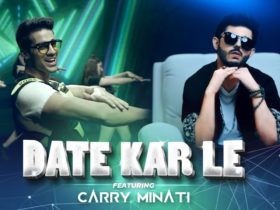 American musician & record producer, KSHMR has teamed up with LUM!X, Gabry Ponte & Karra for a new track ‘Scare Me‘. Listen to the full track below.

In the track, ‘Scare Me,’ KSHMR gives an amazing sound that provides an air of secrecy. It’s not long before it breaks into thriving beats which are critically up-tempo and blustering in nature. This team collaboration has the most effective signature components from Bass-House and Dance-Pop, with KARRA’s highly energetic vocal performance and is paradoxically robust with mild, ethereal notes.

KSHMR Team Up With LUM!X, Gabry Ponte & Karra ‘Scare Me’

KSHMR said, “When I heard the vocal I couldn’t get the song out of my head. KARRA was the perfect fit, an amazing artist, and a vocalist. I’m grateful to LUM!X and Gabry Ponte for bringing me on to do this one.”

“The Song started with that great topline we received.” LUM!X added, “I put on it a Musicbox melody I had made a while ago. It got stuck in my head so I kept on working on the track with Gabry Ponte. My label then pitched our work to KSHMR, he added his unique touch and had KARRA sang it with her amazing voice.. and Scare Me was born.”

“We got this incredible topline originally sung by Alida,” Gabry Ponte also said, “we heard the chorus going “I’m falling for a monster..” and we took it as a sign! It sounded like the perfect follow up to ‘Monster’. LUM!X started drafting a demo then passed it to me and I took it from there. Then our label Spinnin’ had the idea to involve KSHMR and he added the final touch to the track.”