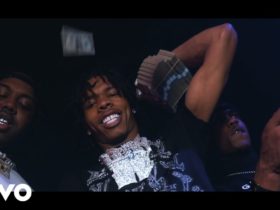 The festival announced the lineup via Instagram with the caption, “Your Cinchuk presents Latitude 2021 lineup has landed. Join The Chemical Brothers, Bombayinsta, Bastilledan Reorchestrated, Wolf Alice band, Billbailey, I am not jobrand and many more, as we’re reunited for four unforgettable days in Henham Park this July. ✨”

Latitude will take place in 2021 from July 22-25 at Henham Park, Suffolk. Tickets for Latitude Festival 2021 are on sale now from here.

Wolf Alice will headline the Obelisk Arena on July 23, said, “Eight years, several horrendous haircuts, three albums and we are back but this time we are headlining 😉 What an honour.”

The Chemical Brothers will headline on July 24, while Bastille, who will perform their ‘ReOrchestrated’ show along with a 20-piece orchestra and choir – and Bombay Bicycle Club will co-headline on the final night (July 25).

Comedy at Latitude 2021 will be provided by the likes of Bill Bailey, Jo Brand, Simon Amstell, Katherine Ryan and Reginald D Hunter, while there will also be ample literature, arts and speaking events across the weekend.