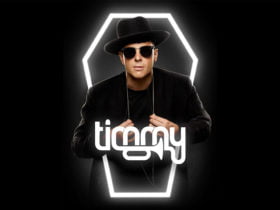 American musician, art director and writer, LD Beghtol(best known for participating in The Magnetic Fields) died at the age of 55. Check out the post below.

The Magnetic Fields official Instagram page shared the news with his fans with the caption, “It is with great sadness that we learned yesterday that our bandmate and friend LD Beghtol has passed away. LD sang several songs on 69 Love Songs, and also designed the covers and booklet art for the 3-disc set.

They continued, “LD also made the book 69 Love Songs: A Field Guide (33 1/3) . LD has participated in various other musical collaborations with Stephin Merritt over the years, including several hilarious concerts by The Three Terrors, with Dudley Kludt. He will be missed.”

Beghtol worked for several years at Village Voice, designing artwork for the paper and hosting the podcast Uncle LD’s High Bias. As a writer, he coated popular culture for retailers together with Time Out New York and, in 2006, revealed the eclectic 33 ⅓ entry on 69 Love Songs, which combined studio anecdotes with an array of formal and narrative digressions.