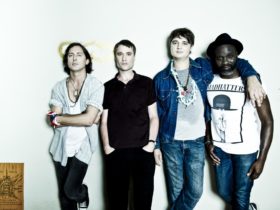 American hip hop artists, Lil Baby & Lil Durk has unveiled their new project named ‘The Voice of the Heroes.‘ Listen to the full album below.

“The Voice of the Heroes” project, the title references their respective nicknames, is a testament not only to their relationship but to the respect they have for their legacies.

MUST-READ – The Avalanches Unleash MF DOOM Remix Of Track, “Tonight May Have to Last Me All My Life”

The closest thing to a pop aspiration on the project is the Travis Scott feature, and even Cactus Jack taps into his gutter side detailing the consequences of going against the gang (“Go do it silently, without a potato,” he says on “Hats Off”).

Though it would appear Baby and Durk spared no expense with regard to production (London on da Track, Turbo Wheezy, Murda Beatz, among others), the two never loose sight of the fact that the real draw is what happens when they get in the same room, which is the kind of rapping that has made each a king in his own right, compounded by the kind of chemistry that makes them sound like an actual group.