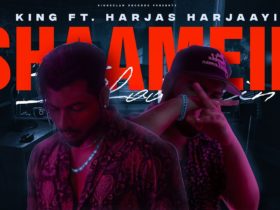 American rapper & singer, Lil Baby has released his two new video songs, ‘Errbody‘ & ‘On Me‘ to celebrate his birthday. Watch the video below.

The music video, “On Me” visual is directed by Lil Baby with Keemotion. He said at the start of the video, “Hey so this is a Lil Baby video,” but then it’s revealed that, “Actually it’s just moments from a random trip.” He’s seen in a private jet, jet skiing, cruising on a yacht, and more as he raps.

He wrote on Twitter after releasing the video, “Thanks for the Bday wished from my fans & supporters. In return, I’m dropping 2songs 2videos tonight.”

Coming to the “Errbody” video song, it is directed by Edgar Estevez, Daps, and Christian Breslauer. Lil Baby stars in an action-packed, movie-styled thriller, complete with a helicopter, car chase and shoot out. “I’m flyer than everybody,” he raps on the hook. “Helicopter in the middle of the hood/I’m flyer than everybody.”

In the meantime, Last week, he performed My Turn track “Emotionally Scarred” during the American Music Awards. He later collaborated with Nav on “Don’t Need Friends,” in addition to his High-quality Control labelmates City Girls’ single “Flewed Out.“

In February, Lil Baby released the sophomore studio album, My Turn. In an interview with Rolling Stone, Lil Baby discussed one of his biggest challenges outside of the music realm. “Staying focused now that I got a lot to lose,” he said. “Nowadays a lot of people depend on me. It’s a hard challenge for me, with all the distractions and shit. So that’s like the main thing to me, managing my money the right way.”