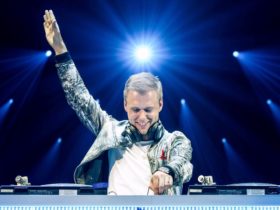 British-Nigerian rapper & singer, Little Simz has released her new short film named “I Love You, I Hate You.” Watch the full Film below.

The film is a story by Simz, which also sees her star alongside Sonia Ajuwa, C.J. Beckford and Shaniqua Okwok. Written by Caroline Adeyemi.

Speaking of the film, Simz said: “I Love You, I Hate You is the story of abandonment. How trauma can affect us in our adult lives if never confronted. I wanted to make this film because I feel it’s a universal story that many people can relate to.

“It’s been incredible to work with a partner like WePresent who is so invested in telling stories like this. They understood and trusted my vision from the jump and had my back to create the film I set out to make.”

Little Simz Releases New Short Flim, “I Love You, I Hate You”